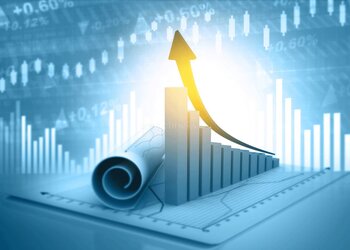 During the second quarter of 2021, Ondas Holdings continued to make significant business development progress at its subsidiary, Ondas Networks, which included the evolution of multiple network opportunities with the Class I rails and its strategic relationships with Siemens and AURA. Ondas Holdings also announced in May it had entered into a definitive agreement to acquire American Robotics, a leading developer of highly automated commercial drone systems, thereby creating a leading MC-IoT data and drone solutions platform company servicing commercial and government markets. The acquisition of American Robotics closed on August 5th. In addition, the Company completed a $51.5 million equity raise in June providing significant growth capital to support its business expansion plans.

“During the second quarter, Ondas continued to position itself for success in the MC-IoT markets we are targeting,” said Eric Brock, Ondas’ Chairman and CEO. “We continued to advance our business activity with the Rails, Siemens and AURA bringing those projects closer to completion and volume production. We announced and have now completed the strategic acquisition of American Robotics, opening a brand new, substantial worldwide TAM. And we strengthened our balance sheet by raising $51.5 million in a public equity offering and extinguishing 95% of our debt.”

Ongoing investments in market expansion and deeper penetration of select verticals are expected to continue supporting customer activity as Ondas advances its long-term strategy to drive commercial penetration of its proprietary technology across multiple markets. The Company continues to work closely with Class 1 Rails and its strategic rail partner Siemens to advance the adoption of Ondas’ FullMAX platform in the 900 MHz network, greenfield spectrum. We expect to receive a purchase order from the Class 1 Rails related to the MC-IoT Rail lab in the fourth quarter of 2021, an important step on the roadmap to commercial adoption. We also expect to receive additional joint-product development projects with Siemens with increased activity related to international markets.

Our commercialization efforts with AURA continue to progress. We expect to complete the current project focused on optimizing our FullMAX network equipment for testing and demonstration network purposes in the third quarter of 2021. In addition to the ongoing network development work, we expect initial equipment orders from AURA for testing and network expansion during the second half of 2021.

We expect American Robotics to expand commercial deployments of the Scout System™ and have begun to build inventory for customer demand. Scout™ deployments will focus on a select group of blue-chip customers in the mining, agriculture, oil & gas and utilities sectors over the second half. In parallel, American Robotics will invest in field service operations to create capacity to handle expanded drone fleet deployments with existing customers and to support new customer activity as the year progresses.

For Ondas Networks, we expect bookings and revenue growth to fluctuate from quarter-to-quarter given the timing of development activity in front of the targeted commercial rollout for the Rail 900 MHz network, the multiple development projects underway with Siemens and project related bookings related to AURA’s network development. Furthermore, American Robotics recently commenced the process of scaling its support organization for its customer engagements. As such, we will not provide financial guidance for the third quarter of 2021.

An earnings conference call is scheduled for today, August 16, 2021, at 8:30 a.m. ET. Investors may access a live webcast of the earnings conference call via the “News / Events” page of the Company’s Investor Relations website at https://ir.ondas.com. Following the presentation, a replay of the webcast will be available for 30 days in the same location of the Company’s website.

Information on our websites and social media platforms is not incorporated by reference in this release or in any of our filings with the U.S. Securities and Exchange Commission.